Increasing Crime Rates & How the Security Industry Can Help 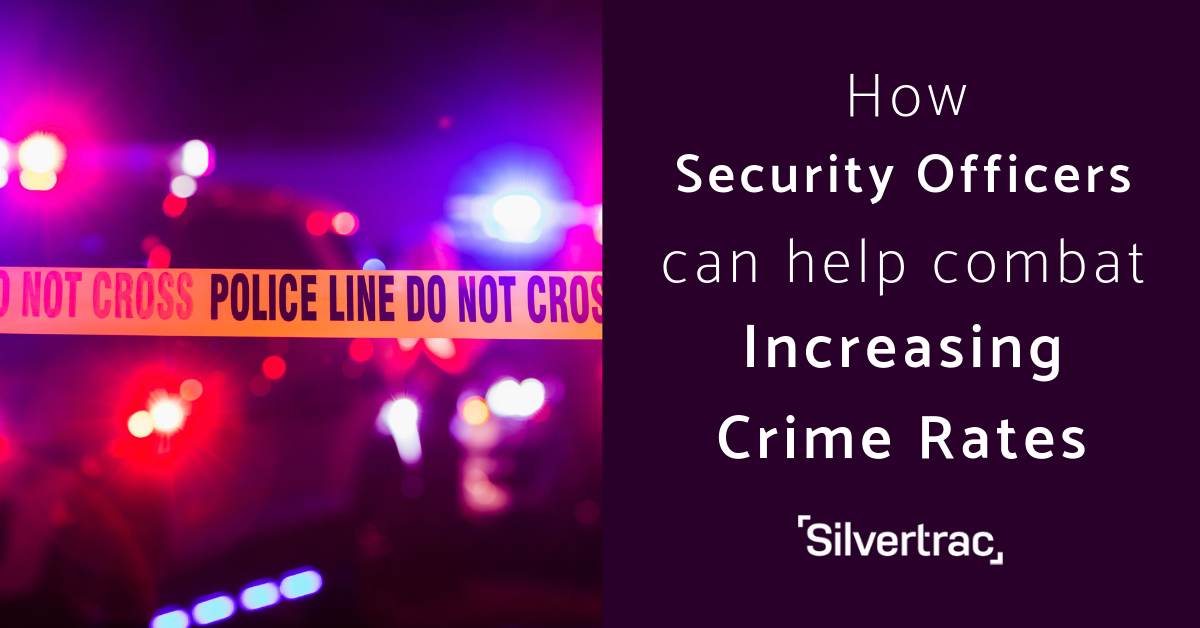 Recently, we sat down with Jonathan Alvarez, the Las Vegas-based co-founder and CEO of Protective Force International (PFI), to discuss crime rates and what the security industry can do to help foster civilian safety understanding and awareness.

It is being reported that property and violent crime rates have been decreasing since the early 1990s. However, it’s important that we look at additional data that tells us less than half of violent crimes and about one-third of property crimes are reported to law enforcement.

This means that most of the crime happening in the US isn’t being reported and isn’t taken into consideration when crime rates are publicized. There is also data that shows civilians perceive crime rates are higher than they actually are, which begs the question is perception closer to reality than the dispersed crime statistics?

Why Are Crime Rates Rising?

According to Jonathan's recent experiences, he firmly believes that crime is increasing. He told us about some of the tragic encounters him & his team have experienced over the last few years, including the tragic 2017 Route 91 Harvest Music Festival shooting.

In a report presented by KTNV, from 2017 to 2018 the Las Vegas Metro Police department saw a drastic number of increases across different types of measurable crime. Sexual assaults, more specifically rape, increased by 137 cases; property crime increased by 711 cases; all other violent crimes increased by 223 cases.

When asked why he and other's in the private security industry are seeing an increase in crime, Jonathan attributed it to fundamental issues within the home, creating a general lack of morals and indifference to potential consequences.

In one incident we discussed in detail, a teenager murdered an unarmed security officer, took a selfie at the crime, and was given a minimal $250,000 bail because the judge felt that the teen needed to attend school. It is reasonable to assume a 16 year old knows the difference between rights and wrong, and likely won’t recognize the punishment for what it is. And with minimal consequences to such a horrific crime, no deterrent is created for perpetrators to refrain from similar criminal behavior in the future.

So where does the security industry go from here? How can security companies use this information to enhance their services and provide a higher level of protection? In order to answer these questions, we need to take a quick step back and see how civilians react to crime and current security measures.

"The standard of security, especially here in Vegas, has a negative connotation because  you think of Paul Blart. When in reality, most security companies are run by ex-military or ex-law enforcement. My whole mission is to change this connotation. We need to grow this industry and raise our standards." - Jonathan Alvarez

What Happens After Tragedy?

After a community experiences a tragedy, like a mass shooting, the community has a heightened awareness of the destruction that an individual can cause and an increased fear for one’s safety. With time, this awareness comes back to a more normal level of fear but seeing a uniformed police officer or security officer can bring back the notion that the world is not all rainbows and butterflies. Seeing uniformed security personnel reminds civilians that the world has bad people in it.

So back to the real question, how does the security industry work with these realities? Over Jonathan’s decade of experience, he has seen that just having uniformed security personnel on-site is a major deterrent to criminal activities. But how do we get more business owners to buy into this notion?

As members of the security industry, it is our responsibility to educate others about the reality of what private security services have to offer. Through industry education and justification of what a company has to offer, a potential bid is much more likely to see the necessity of having security on-site.

Attempting to win a bid through fear-tactics should never be a go-to security sales strategy. Society is filled with enough angst and despair with the increase in fear-mongering media we are subjected to. It is up to the security industry to provide understanding and hope for a safer world.

Education comes from our own understanding of industry laws, regulations, and happenings. The justification comes from the tools we implement into our security businesses and the personnel we hire.

With security management systems like Silvertrac, businesses have tangible data they can provide to legitimize the services that they offer. Real-time security incident reporting and accessible customer portals allow a potentially wary client to have full visibility into any of the data they need that will prove the worth of their security contract.

How Security Teams Can Prepare

Personnel is equally as important to this part of the sales process. No potential bid wants to be stuck with Paul Blart, the fun-loving but inadequate mall cop. They want to know the security officers on-site have the skills and dedication to protect their business, their employees, and their clients.

Jonathan’s officers are equipped with a duty belt that is very similar to an actual police officer’s duty belt. Along with the bulletproof vest they are required to wear, the PFI officers carry a baton, flashlight, mace, handcuffs and a utility knife as part of their everyday carry items. Nearly half of Jonathan’s officers are armed, as requested by clients concerned with rising violence.

Each officer goes through mandatory training that provides them with verbal de-escalation and communication skills. Whether officers are armed or unarmed, Jonathan and his business partner ensure their team is continually trained so that when the scariest of incidents happen, each officer is prepared to protect their post, their team, and themselves.

Training is one of the more expensive aspects of a security business. However, by allocating a reasonable portion of the budget to proper training exercises, an owner can create a culture of continual growth and a team of more skilled and dedicated officers, ultimately building a better product that justifies a higher price point.

Don’t skimp on training.  Use your industry resources and contacts to help drive the power of your security business. Chances are they will be more than happy to help. After all, we are all working towards building a safer community!

Jonathan Alvarez is the co-founder and CEO of Protective Force International. He started his career with the US Customs and Border Protection Explorer Program at the age of 15. After spending his early twenties as a Sheriff’s Deputy, he went on to join the Airforce and Army reserve, as a Military Police Officer, which he has been a member of for the past nine years. Eventually making his way to Las Vegas, NV, he spent time managing security at multiple big-name casinos until him and his business partner opened Protective Force International in 2018. Jonathan is highly involved in CRI, a tactical anti-terrorism training school, as well as the security industry, as a whole. He continues to dedicate his time to advancing industry training, advocating for better industry regulations, and providing top-notch security in the Las Vegas area.