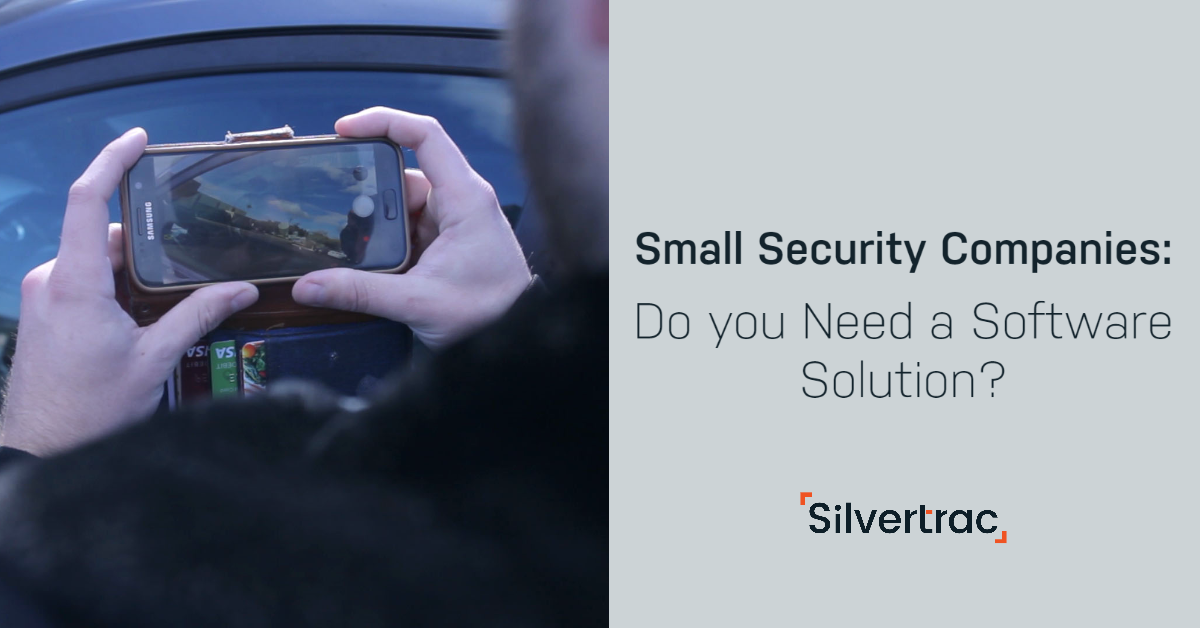 If you have any background in the physical security industry, you know profit margins are usually extremely low. Every penny needs to be spent as smart as possible.

But if you don’t invest in the right tools for your company, you might never grow as much as you’ve always wanted. Guard management software is one of the best ways to make sure you have an eye on the most important parts of an operation.

If you are just starting a contract security company, buying software might be the last thing you are thinking about. When Michael Conti and John Davis started Southwest Protective Agency in 2016, that wasn’t the case.

From day one, Michael and John wanted their security services to be known for professionalism and integrity. They knew that having the right software was going to help them keep that promise.

A Simple Guard Management Software for a Simple Operation

Michael and John looked at a few different security software solutions early on. They found out quickly that most of them were tailored for large scale security operations. Michael wanted something that was ready to go and easy to train officers on.

“I looked at Silvertrac and figured it out in half a day. It’s not rocket science. The other options seemed complex for no reason. Silvertrac is intuitive. As soon as you get your hands on it you can start using it.”

With a simple software like Silvertrac, Southwest’s security officers could be trained quickly and easily. As a small firm, it made a difference to be able to save time and money on getting the software up and running.

It’s no secret that there is a problem with accountability in the physical security industry. Sometimes guards don’t show up for shifts or when they do, they don’t do the job they’re being paid to do.

That’s no different at Southwest Protective Agency. Michael and John needed a way to figure out who their problem employees were. Without evidence that people weren’t doing their jobs, that was impossible.

But with Silvertrac, they know exactly who is performing well and who isn’t. With automated alerts, GPS-mapped guard tours, and detailed daily activity reports, they always have an eye on their operation.

“Silvertrac has helped us weed out bad security officers. You can’t cheat the system because now we have physical evidence that they’re not doing the job. But if you do your job, we see that and can reward it.”

For any size security company, more money is always a good thing. But especially for newer and smaller operations, more money is the only thing that is putting food on the table for your employees and yourself.

You would do anything to have a competitive edge in your sales process, right? Southwest Protective Agency felt the same way. By using Silvertrac, they were able to show customers the control they had on their operation because of officer accountability and transparency through reporting.

“That full transparency of our sites at all times wasn’t something being offered by larger companies. There’s no added security or value for clients. Silvertrac brings them that added value through reporting.”

When the margins are tight as a small security operation, every expense counts. We get it. That’s why Silvertrac doesn’t believe in long-term contracts or over complicated features that come with a big price tag.

Download our Physical Security Software Buyer's Guide for more information on how to best approach getting started with a guard management solution in your own organization.