096: How To React When a Client Accuses Your Officer of Lying 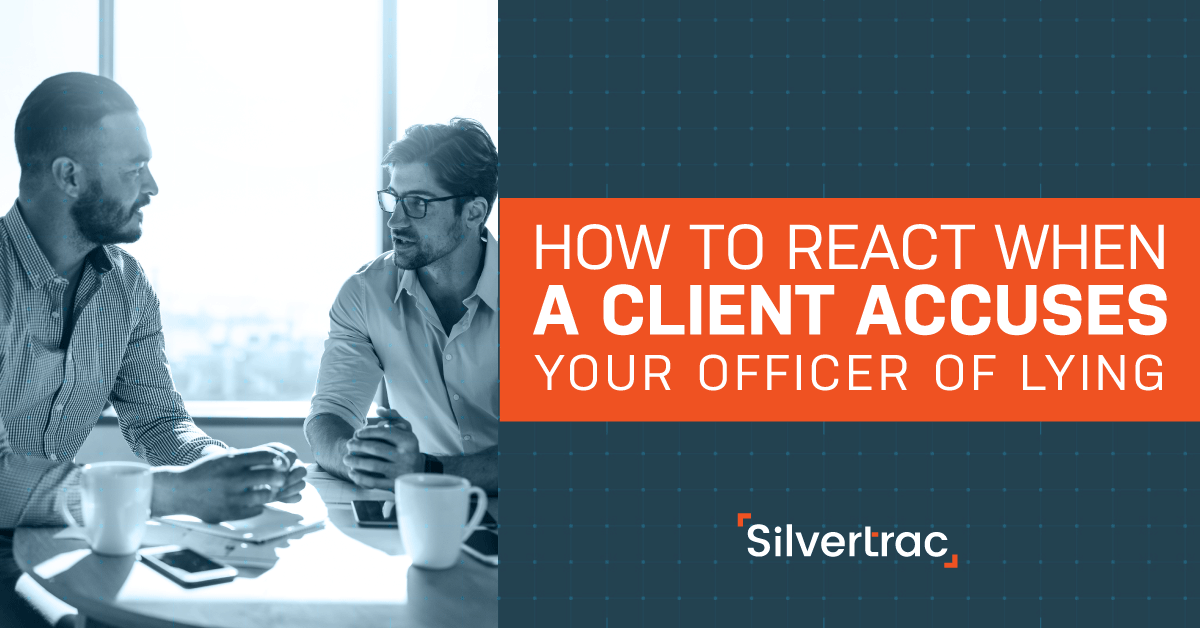 Everyone in the security industry knows what it’s like to be accused of lying. When your company is responsible for the safety of hundreds or thousands of people, situations are bound to arise where someone feels your officers were not doing their jobs correctly. Because of this, security operations managers are often put in the position of needing to prove that their officers are telling the truth.

You might not be able to avoid this unpleasant situation, but you can be prepared to handle accusations in a way that minimizes the problem. To help understand what to do when an issue like this comes up, we spoke to Ryan Sudrick from Invictus Protective Services in Tempe, Arizona, and Jason Jackson from Southwest Security in the Palm Desert area.

Have Systems in Place to Track Officer Actions

When you receive a complaint, it’s vital that you’re able to access documentation that proves whether or not the complaint is valid.

“We have a system in place that tracks our officers,” says Ryan Sudrick. “On top of that, dispatch is constantly checking in on officers while they’re on duty.”

“My company runs a 24-hour dispatch center, we use Silvertrac Software for accountability, and we have GPS tracking in all of our vehicles,” says Jason Jackson. “Between these three systems, we can usually prove to our clients if our officers were doing their jobs correctly.”

If you don’t have a system in place for keeping your officers accountable, getting one should be a priority for your organization. Without proper documentation, an accusation which could have been simple to disprove can quickly devolve into a matter of he-said-she-said.

When a stakeholder calls your company and accuses an officer of underperforming, the first step is to listen to their complaint and let them know that they’re being understood.

“Your job as an operations manager is to reassure them that you do not tolerate whatever it is that the accusation may be, and that you’ll get to the bottom of it. Most importantly, end the phone call by saying you’ll follow up with them,” says Jason Jackson.

Tell the client that you’ll be launching an internal investigation, and provide them with a realistic timeline for when you will get back to them. Jason notes that failing to listen and respond promptly to complaints like these can escalate the situation, and potentially put your contract at risk.

The next step in responding to an accusation is to use all the tools at your disposal to understand what really happened. Many times, this is as simple as pulling up reports from the time when the incident was supposed to have occurred, and checking the data for the specific employee or employees involved.

In addition to reading reports and gathering data, it can also be useful to speak to your officers, their supervisors, dispatchers, and any other staff who might have some insight into the situation.

Respond to the Client

Depending on what you uncover during your investigation, you will be responding to the client in one of two ways: either you have evidence that their claim is incorrect, or you have discovered that it was accurate.

If you have the evidence to disprove their claim, you need to deliver this evidence politely and respectfully.

Jason Jackson says that he typically likes to meet with the people in question face-to-face. “I like to show them the documentation, show them the printouts and reports from Silvertrac. Human nature is that we don’t trust information given to us over the phone. If I’ve got really strong documentation, I’ll schedule a meeting, sit down with that person, and spend fifteen to twenty minutes with them.”

Remember, you’re not trying to throw the truth in people’s faces—you’re trying to neutralize the problem so they don’t escalate the complaint.

If you do discover that your officers were underperforming, it’s important to reassure the accuser that you have processes in place for handling these kinds of situations.

“We basically assure them that we have our own in-house quality control checks...we explain that everyone hires a bad apple here and there, and we explain our disciplinary action plan. Then we give them the option of choosing not to have that guard back at their property,” says Ryan Sudrick.

In addition, show your gratitude for having these issues brought to your attention.

You Don’t Need to be Perfect

No security company is going to be 100% perfect. Everyone makes mistakes—it’s not about avoiding them, it’s about responding appropriately when an issue does occur.

“The thing that separates good operators from not-so-good operators is spending the money to have proper supervision and proper training,” says Jason Jackson.

Beyond that, following these guidelines for responding to accusations can help you differentiate yourselves from competitors, and keep your business going strong.