070: Are You Afraid to Grow Your Business? 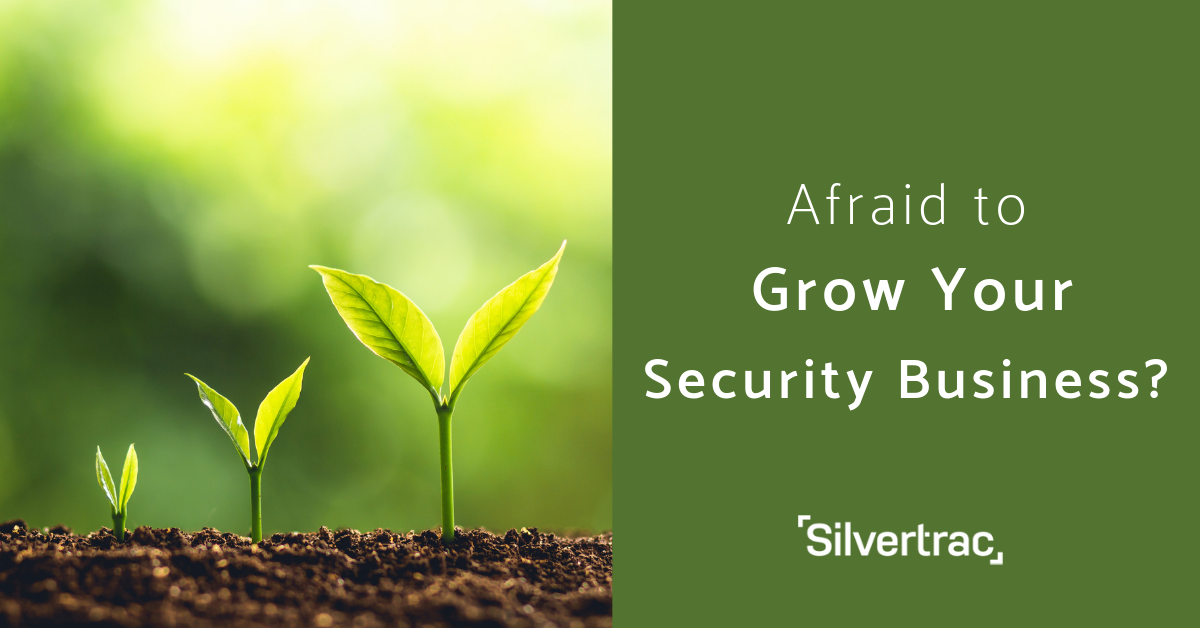 To be clear, no one’s really afraid of the actual growth part. Everyone wants to grow their business, they want to gain more customers and make more money. The problem is, many security company owners are afraid to take the risks and implement the changes they need to grow.

This is especially true given how hard it can be to just get a toehold in the security industry. Many owners are former law enforcement or security officers themselves, and once they get their business stable and manage to get themselves out of the field, complacency sets it. They get comfortable and don’t feel motivated to take it to the next level.

The problem with this attitude is that the security guard industry is constantly changing. You can’t just sit around doing the same thing you’ve always done, because sooner or later someone else is going to come in with newer technology and processes. At that point, you’ll be forced to adapt or lose your customers.

As we’ve said before, the most successful companies are proactive, not reactive. It’s better to be the one doing things different and going after your competitors’ customers rather than the other way around. We’ve identified three key fears that keep owners from making changes and growing their business.

The Fear Of Not Knowing Where To Start

This is a fear in just about every area of our lives: business, art, relationships. As humans, we’re always scared that we’ll start off in the wrong direction and get set on the wrong course. Part of getting past this fear is just understanding the universality of it. No on knows where to start, but lots of people have managed to figure it out along the way.

It’s also helpful to remember that where you start doesn’t have to be where you finish. Even if you get started wrong, there’s plenty of time to make changes and fix things as you move down the path towards growth.

Johnny explains how you can make small changes and figure out what works using the “Build, Measure, and Learn” method.

“Build what we think it would take to change… measure it, and then learn from it,” he said on today’s episode.

To use the obvious example, if you’re implementing guard management software, build the system into your operations on one site, measure its impact on performance, and then learn from that experience to see how you can better utilize it in the future.

This works for any change you might want to make. If you think you need to hire a business development manager to spur growth, then bring someone in for a trial period. Measure how they impact your company, not just in terms of sales, but also in their impact on your operations, strategy, and company culture. Then, learn from the experience and decide if you want to move on with them, bring in someone else, or restructure the role.

Too often, we see companies put off making these changes because they’re busy putting out fires on a day to day basis, but the truth is that everyone has to deal with these problems. That’s not a good excuse for not making an effort to grow and improve your business.

The Fear Of Being Considered Crazy

Going out on a limb and doing something different always entails some sort of risk. Owners are understandably worried about breaking from traditional industry practices and being seen as crazy and foolish.

To that, I have two responses. One, the people coming before you don’t have all the answers. Just because something’s been done the same way for a while doesn’t mean it’s the best way to do things, and with changing customer needs, technologies, and economic conditions, every business needs to be ready to adapt.

The Fear Of Not Attracting Customers

Another fear is simply that your growth efforts will fail, that when it comes down to it you won’t be able to bring in the new customers. This is often a self-fulfilling prophecy, as companies that don’t believe they can attract new customers end up acting like small operations, which limits their ability to grow.

That means instituting the procedures, like regular quarterly reviews, of a big company, even if you’re not at that level yet. It also means learning how to handle contracts outside your wheelhouse and expanding your potential customer base.

To a large extent, growth is about belief. If you believe your company can grow and succeed, and start acting like that’s going to happen, then you’ve got a good chance of being successful.

Check out our new resource center with eBooks, tools, and webinars on a variety of topics.